We are all feeling the pain that is being felt in and for the Black community throughout the country. In response to the tragic loss of Black lives, protests have been launched in most major U.S. cities, including right here in South Florida. People from all walks of life, all races, all ages are coming together to unequivocally say that Black Lives Matter. Compass stands in solidarity with those who are standing against racism because we understand fully when enough becomes enough, as it did for the LGBTQ community.

June 1st is the start of LGBTQ Pride Month. Commemorated each June, we honor the 1969 Stonewall Inn riots in New York City, where patrons of the Stonewall Inn staged an uprising to resist police harassment and persecution. Fifty-one years ago, instead of running, a crowd led by Black and Brown drag queens and transgender people fought back. Six nights of rioting followed, and sparked a civil rights movement meant to replace public shame with collective pride.

As the LGBTQ community stood up in 1969, it is incumbent on us to stand with the Black community now.

Last year, we launched our partnership with the Palm Beach Sheriff’s Office with the LGBTQ Liaisons Program. The program strengthens the relationship between the LBGTQ community and the Palm Beach County Sheriff’s Office by creating mutual trust and confidence through community involvement, departmental education, and by ensuring fair and professional policing services for all.

Today, Compass signed on to a letter with LGBTQ Organizations from across the country to unite in combating against racial violence (click here to read the letter).  It is important to stand in solidarity and speak out, but it is not enough to simply not be racist as individuals. Together, we must fight the system that protects white lives and devalues Black lives.

We understand what it means to stand up and push back against a culture that tells us we are less than, that our lives don't matter. Today, we stand up again to say Black Lives Matter. 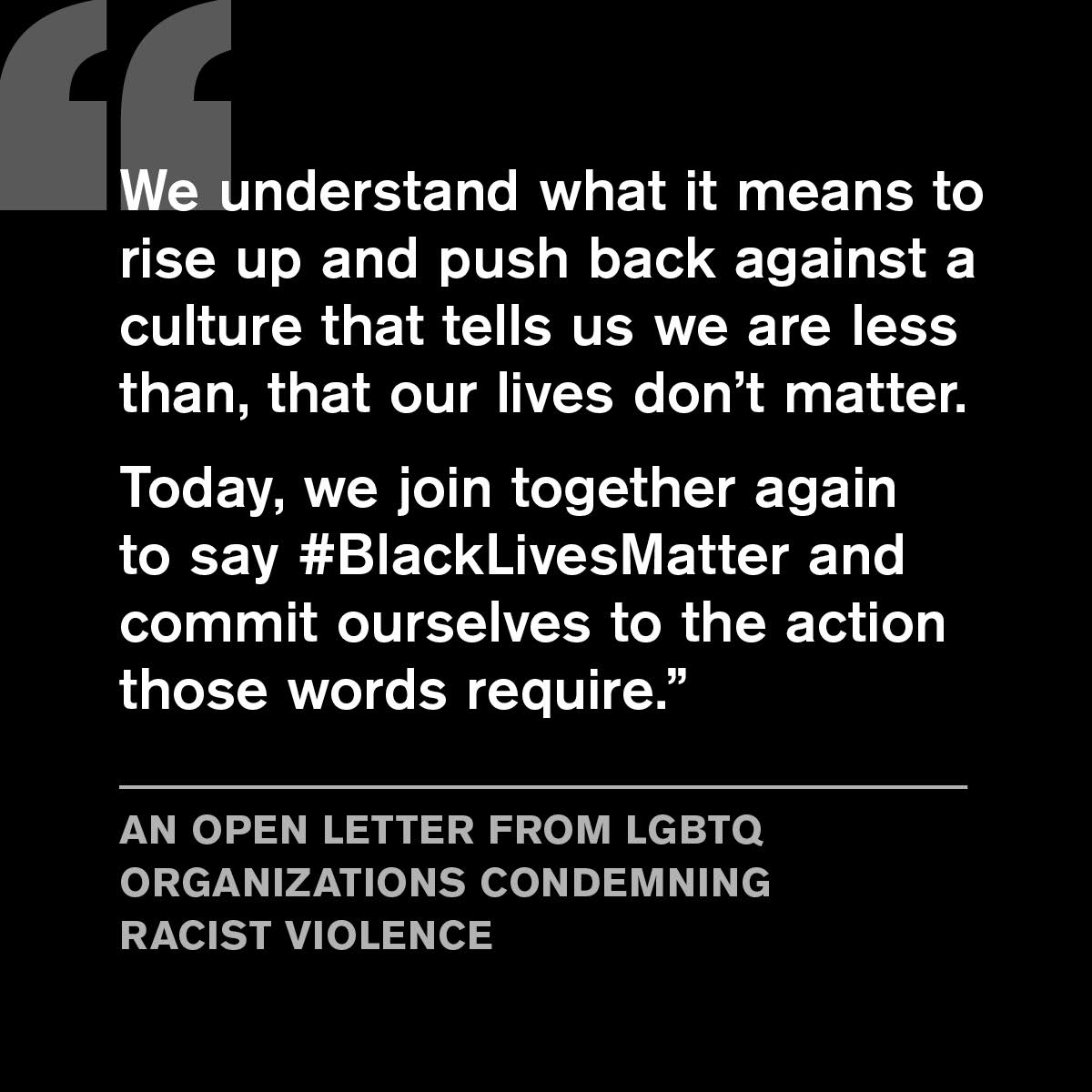