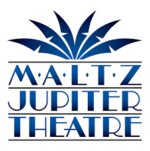 The not-for-profit Maltz Jupiter Theatre has become one of Florida’s preeminent professional theatres, committed to performance, production and education through its collaborations with local and national artists. The state’s largest award-winning regional theatre, the Theatre’s performances have drawn rave reviews from media outlets across the world.

The Maltz Jupiter Theatre began in October 2001, when its landmark building was acquired by the not-for-profit Palm Beach Playhouse, Inc., formed by a small group rallying to revive theater in Jupiter. Within weeks, a small staff and devoted base of more than 100 volunteers had formed, dedicated to supporting the Theatre. By 2007, the volunteer team had swelled to 500.

Following a successful capital campaign, the 28,000-square-foot theatre was renovated in February 2003 and re-named the Maltz Jupiter Theatre in recognition of major benefactors Milton and Tamar Maltz. On February 29, 2004, the Theatre opened as a 554-seat, state-of-the-art regional theater. A leap year, the Theatre’s opening date was dubbed a ‘once in a lifetime’ opportunity to support theater.

In August 2005, Andrew Kato joined the Theatre’s staff as producing director, becoming the Theatre’s artistic director the following year. Two years later, in August 2007, the Theatre built world-class facilities in support of its Goldner Conservatory of Performing Arts, designed to serve hundreds of students in after-school, weekend and summer programs. The Conservatory and its rooms are named in honor of its major benefactors: Paul and Sandra Goldner (who donated an unprecedented gift of $1 million in 2012), The Peggy and Rick Katz Rehearsal Studio, the Dr. Herb and Myra Hoffstein Acting Studio and the Dr. Bernard and Phyllis Eisenstein Voice Studio.